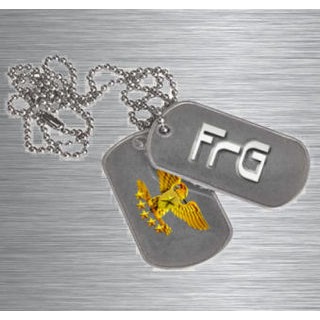 I'm really loving the support class at the moment, the M249 is awesome with extended clip and holo sight and grip.

I love Recon class...i use the M98B along with long bolt, red dot and tac light or ill swap the red dot for 12x scope or infer red scope...also use the TUGS an spawn beacon

the long bolt is a god send!!!

So any class but Postman then!
Or maybe 1st class recorded delivery.

Engineer class is the only one that I can use to good effect. The guns tend to be a bit shoite though the aks-74u is handy at close range. The G36c has the worst iron sights in history but with a red dot & grip it may improve. The RPG/SMAW are fairly handy in any situation & if I'm honest are responsible for a large proportion of my kills. The javelin seems to be a bit tempramental, i've emptied 5 rounds into a tank to no lasting effect & on other occasions it's blasted everything within a mile radius into their constituent atoms.
Assault class can be useful if only to drop a med pack amongst your bullet riddled buddies & watch the points come rolling in. I can't yet find a rifle that i'm happy with though possibly due to the fact I cant hit anything esspecially if they have the torch of doom pointed at me. Weirdly it never works the other way around.
Support class has its uses and I'd rank it as my 2nd fave. The mortar can be good fun & comes into it's own on Rush for stopping the opposition defusing. It's pretty tidy for taking out mines too. The C4 option is something I'm really having fun with & is the best way of dealing with a spawn killing tank. Add mega sprint mode to that & you can have some armour blasting fun.
Recon mode. I spawned in with this once by mistake, nuff said. my shooting skills on this game have become at best pot luck so taking out a moving man sized target from 600m is about as likely as winning the lottery, twice, on consecutive weeks, with the same numbers.
Vehicles: Can't fly and can just about drive. Drive & shoot, no chance! I'm the eternal tank machine gunner/repairer, other than that I tend to stay away for the benefit of all concerned.

Still loving the Support class!! Currently working on unlocking all the attachments for each Support weapon and trying to get the Claymore Medal.
_________________

As the game progresses the more weapon options you get & the better it seems. Have at last found an assault rifle I like, despite it being French. I've been playing a bit of Deathmatch recently & it seems, for me at least, the best way to upgrade your weapons & to improve your shooting skills. My Kill/Death ratio is always greater than 1 in this mode.
My only major bug bear is people using the USAS 12 shotgun with frag rounds. It's a bit too long ranged & powerful & damn near impossible to defeat.